The title of this blog post may have given it all away, but I can’t not state the obvious things to love and lust after through the season. April so far has been an interesting month – both work-wise, and personally. With mini getaways, the hot sun and a bunch of things I’m trying to work on between the crazy schedules, I think it’s safe to say I’m happiest to report that I’m so glad Gerard and I have been married for almost three months now. This definitely is the easiest way to spend quality time with each other; and his job, being even more demanding than mine with the lack of flexibility (as compared to mine) is something that keeps him on his toes.

Between his manic schedule and his joy for Netflixing on a day off, I think it might be safe to say that he’s a weekend-meets-weekday kind of person. Neither of us are ever into ‘switching off’ as such, and so, we’re perpetually prepped and dressed with looks that make it easy for us to swing from one event or work appointment to another. A lot of times, it’s also a juggle between both categories. All of which comes to one true blue summeresque style mantra: the domination of pastels and linen.

Any man that loves a little shift in wardrobe choices between seasons knows that this fabric is an essential one. With your sartorial pickiness at an all time high, just like the temperature, you want to pick a look that’s a sure shot mood lifter. Want to know how I’d like to style something like this? Scroll on and check my model-husband out: 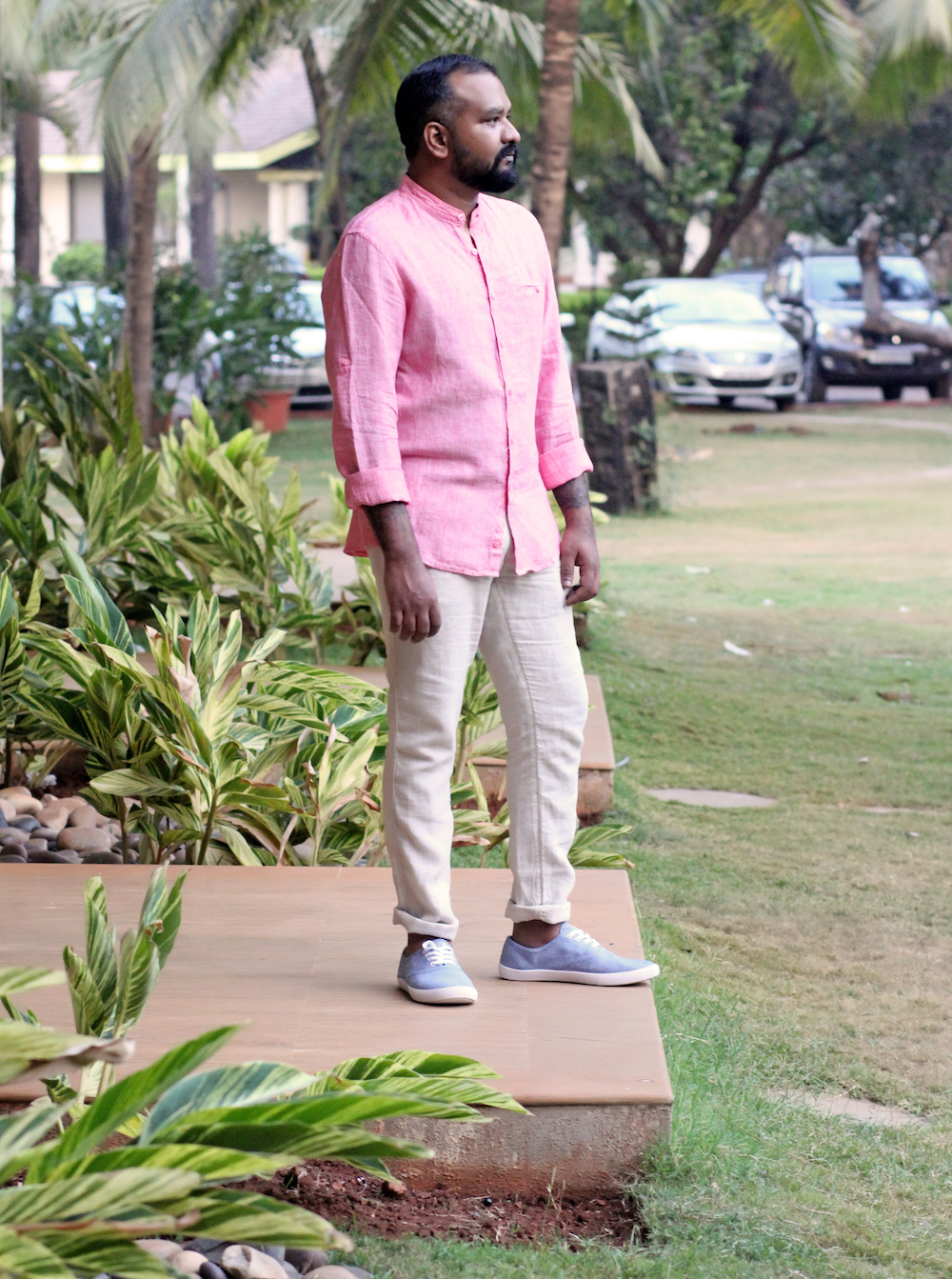 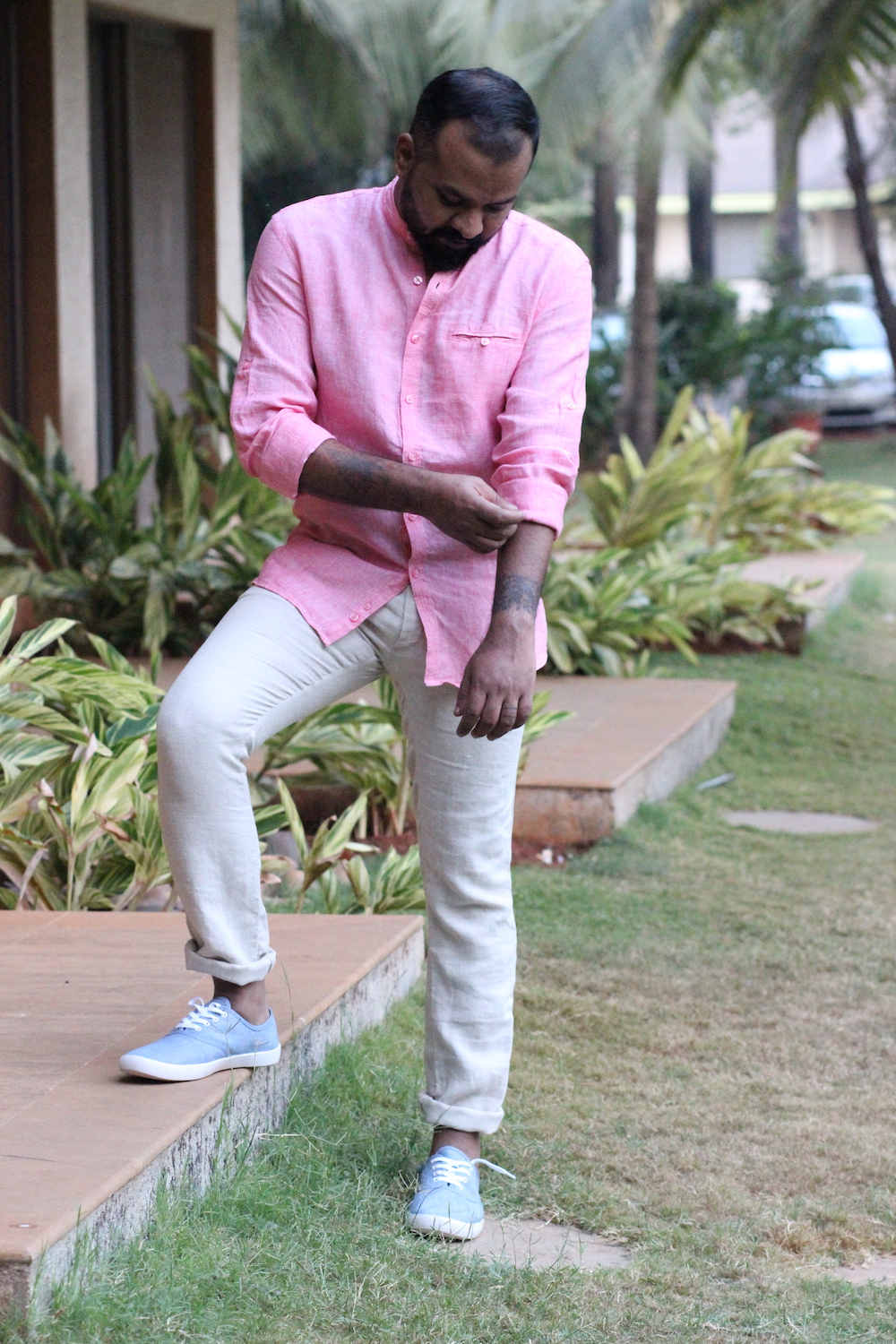 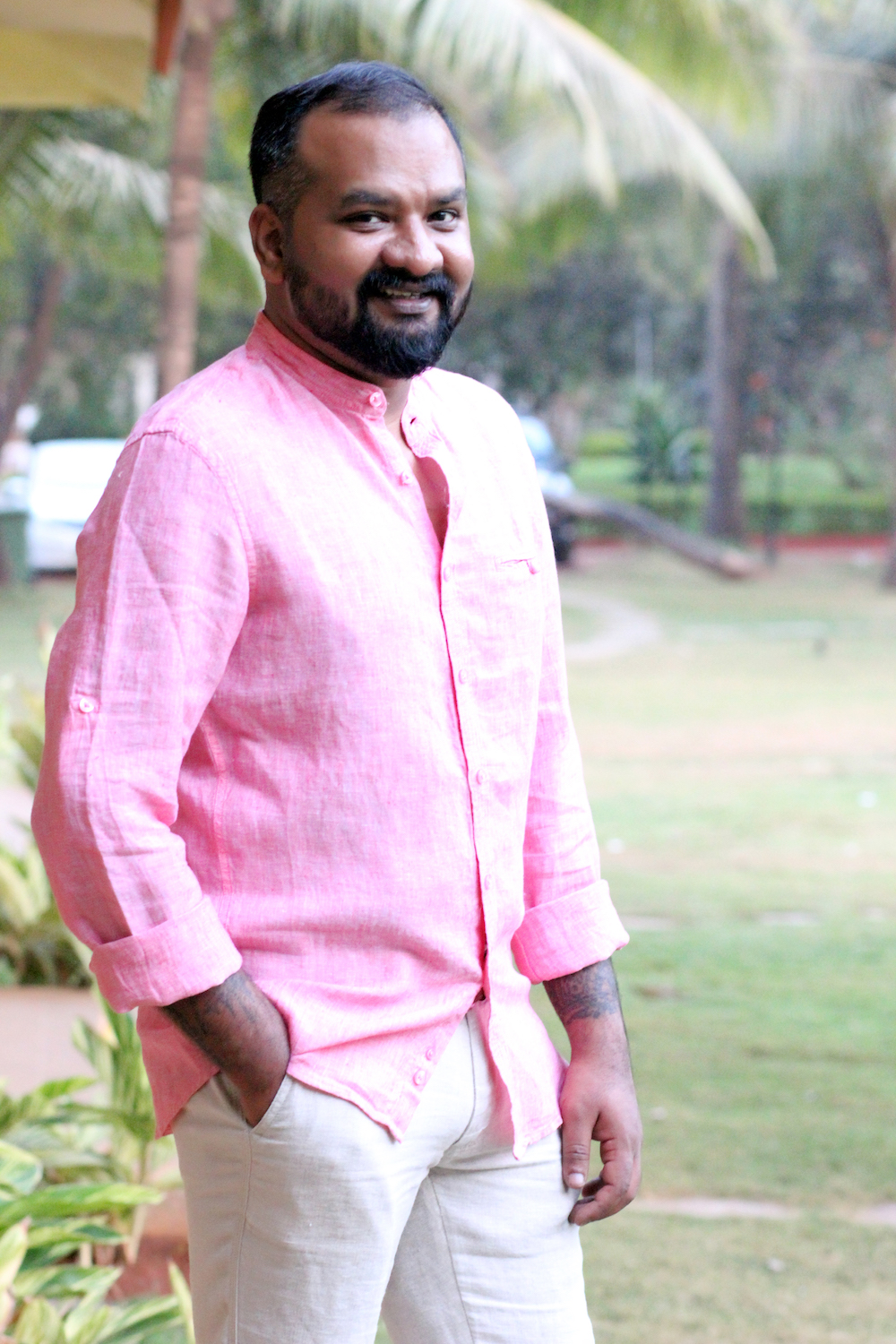 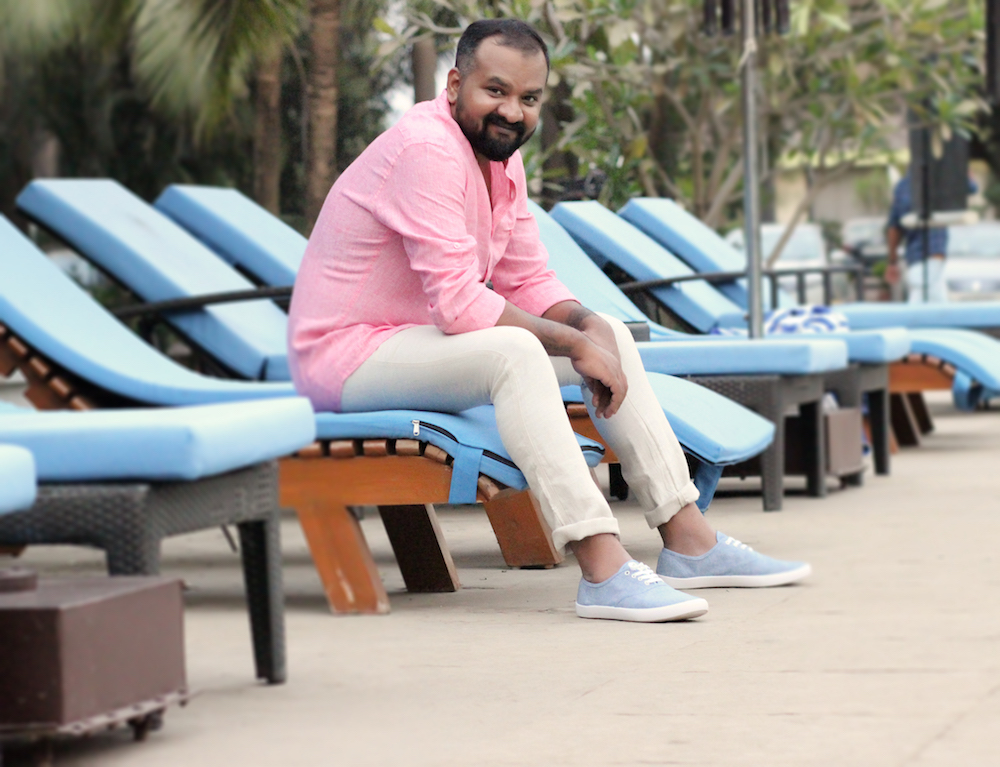 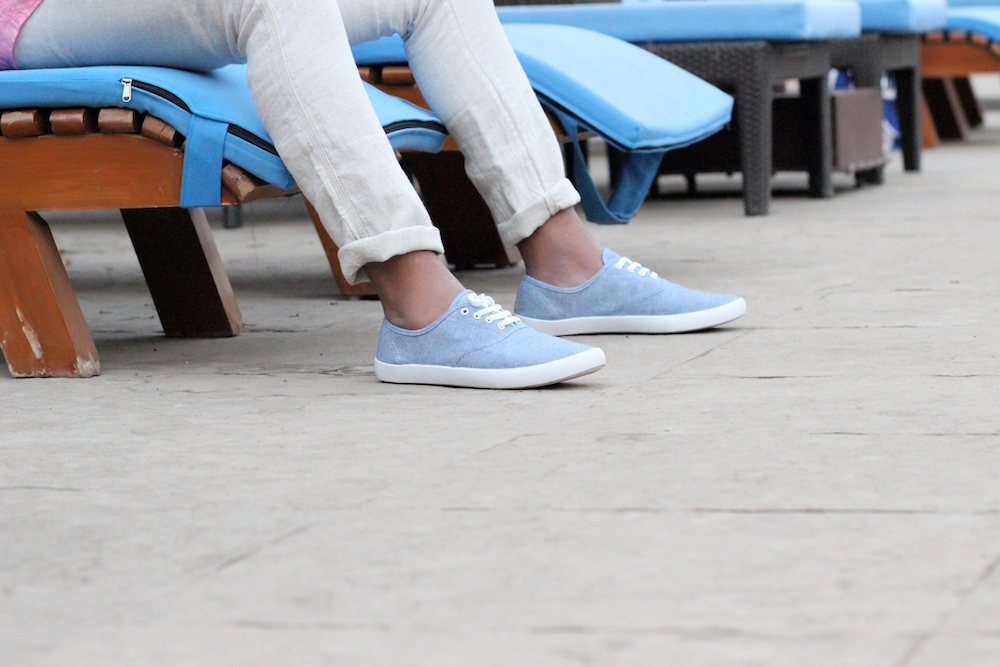